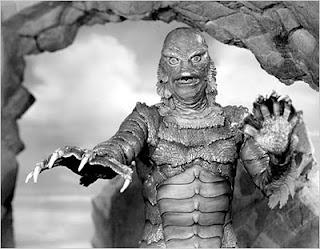 Lawmakers to talk about severing Lake Michigan from Mississippi River to halt carp - chicagotribune.comA century ago, reversing the Chicago River and building a complex system of channels to steer sewage away from Lake Michigan was considered one of the great engineering feats in world history.

As concerns mount about Asian carp, momentum is building to re-engineer Chicago's waterways to allow for the passage of boats and ships, but not harmful invasive species.
----------------
Reversing the direction of the Chicago River was one of the greatest engineering feats in American history, considering it was done between 1889 and 1900. Now, with every Illinois government insolvent, from the state down to the local mosquito abatement district, the plans are being proposed to do something equally grandiose. And all because of a fish. Last time at least it was because of...well, never mind.
Posted by Evan McKenzie at 11:06 PM No comments: Links to this post

Is a pumper truck called to the scene? That'll be $400. Traffic cones and flares needed? Another $20. An incident commander to oversee? That's $75 an hour. 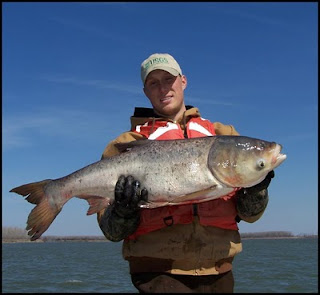 "We need to have one person who coordinates the efforts of the federal, state and local agencies that are doing everything they can to keep the Asian carp out of Lake Michigan," Durbin said during a news conference at the Shedd Aquarium. "We believe it's absolutely essential."

Durbin was responding to the discovery of a bighead carp, a variety of Asian carp, during routine sampling this week in Lake Calumet, just six miles from Lake Michigan. Standing beside environmental advocates who have championed closing Chicago-area locks as a way to prevent carp from entering Lake Michigan, Durbin called the finding a possible "game changer" and said "we have to take it very seriously."
----------------
Durbin wants a czar so the President will have ultimate control over what happens to Illinois shipping in the Chicago River. He has been trying to prevent anybody from interfering with the status quo--an obviously ineffective system that is allowing the carp to move up the river toward Lake Michigan. Durbin thinks Obama will look out for the local economic interests, which are substantial. Durbin is afraid the Supreme Court or even Congress (imagine them actually solving a problem!) will effectively close the canal and river system down to prevent these nasty carp from wrecking Lake Michigan and then the rest of the Great Lakes.

The Supreme Court refused to rule on this twice in the last term. Big mistake, in my opinion. These Asian carp are a destructive invasive species. We were looking at them yesterday in the Shedd Aquarium in Chicago. Weird things, with eyes below the midline of their bodies--constantly sucking in water and eating the plankton. They grow at an incredible rate and if they kill the bottom of the food chain, the Great Lakes will never be the same.
Posted by Evan McKenzie at 8:50 AM 1 comment: Links to this post

Court Upholds St. LouisÃ¢â‚¬â„¢s Attempt to Suppress Eminent Domain Protest Mural | Institute for Justice: Litigating for LibertyArlington, Va.—The right of free speech suffered a blow today when a federal court upheld St. Louis’s attempt to suppress activist Jim Roos’s mural protesting the city’s abuse of its eminent domain power.
-----------
Thanks to Mystery Reader for this link to the Institute for Justice website (the property rights law firm), where you can read about the battle over Jim Roos's "End Eminent Domain Abuse" mural. The struggle over municipal use of the eminent domain power looks like a lasting issue. There are several areas where property rights activists, and many citizens, want reform.

First, there is the issue of what constitutes a taking. There are what we call "regulatory takings," where the city doesn't actually condemn the land and pay you for it, and instead they just pass regulations that restrict your use of the land so heavily that it loses much of its value, and for all practical purposes the city might just as well have taken it from you--without paying for it.

Second, there is the the Kelo v. City of New London issue: what are the limits of the "public use" condition in the due process clause? The Kelo decision upheld the right to take property from one private party and practically give it to another private party (in that case, Pfizer Corporation) in order to enhance tax revenues and stimulate economic development, even though there was no public use. Most states passed reform legislation to limit that sort of taking, but UIC Political Science graduate student Tom Kelly wrote a dynamite dissertation showing that this legislation has been ineffective (I was on his committee).

Third, what kinds of property interests can be taken? Does it have to be physical property, or can intangible property interests be "taken" and thus require compensation?
Posted by Evan McKenzie at 8:45 AM No comments: Links to this post

Stone Oak resident claims HOA harassment over porch gate to protect autistic son Christa says Luke would run out of the house and into the street just about every day. He came close to being run over by a car on a few occasions.

So Christa says she decided to do something about it. The Colquhouns filed an application with the Panther Creek at Stone Oak Homeowners Association asking to build the gate.
-------------
And, she says, the HOA let 60 days go by without responding, so they built the gate. And then somebody complained to the HOA, who demanded that she remove it, complete with the usual threats of litigation.
Thanks to Fred Pilot for another example of the kind of thing that, according to the industry, hardly ever happens.
Posted by Evan McKenzie at 8:29 AM 2 comments: Links to this post

“Money is being dumped into property because there are no alternatives,” said Chovanec, adviser and former vice president of the Hong Kong venture capital firm Asia Mezzanine Capital Group. “Policy makers are nibbling around the edges of the core problem.”
-------------
A bursting real estate bubble in China? That would be interesting.
Posted by Evan McKenzie at 8:20 AM No comments: Links to this post

Meredith Whitney Predicts Double Dip in Housing Market: Is She Right?
Well, I think she's right.
Posted by Evan McKenzie at 11:39 PM No comments: Links to this post

New-home sales plunge 33 pct with tax credits gone - Yahoo! Finance
Sales of new homes collapsed in May, sinking 33 percent to the lowest level on record as potential buyers stopped shopping for homes once they could no longer receive government tax credits.
-----------
The smoke and mirrors economic policy is collapsing.
Posted by Evan McKenzie at 12:00 PM No comments: Links to this post

Maywood, CA Plans To Disband ALL City Services The small city of Maywood south of downtown Los Angeles plans to lay off almost all its employees, disband its police department and contract municipal operations to a neighboring city.

Facing a budget deficit of at least $450,000 and unable to get insurance because of a history of lawsuits, many involving the police department, the Maywood City Council said Monday night it had no choice but to adopt the plan.
------------
The article says this is "unprecedented" in California.
Posted by Evan McKenzie at 6:51 AM No comments: Links to this post