FBI: Financial Fraud Inside the Investigation of a Las Vegas Construction Boss 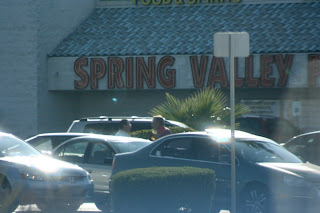 "When a federal judge sentenced former Las Vegas construction boss Leon Benzer to nearly 16 years in prison in August, it marked a final chapter in a $58 million fraud scheme that took investigators nearly a decade to unravel. Over a period of many years, Benzer brazenly sought to gain control of numerous condominium homeowners associations (HOAs) in the Las Vegas area to secure lucrative construction and other contracts for himself and additional conspirators. To date, 44 individuals, including numerous state officials, have been convicted of crimes in connection with the fraud—which has been described as one of the largest public corruption cases in Nevada history."

------------
This is a summary of the Benzer HOA takeover fraud investigation. The photo above is an undercover operative receiving a $20,000 bribe from one of the principals in the fraud. It was in a baby wipes box. How domestic.
Posted by Evan McKenzie at 8:44 AM No comments: Links to this post 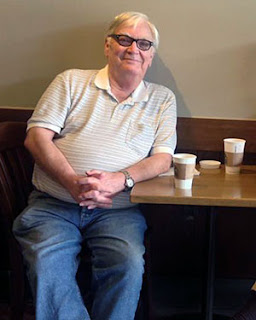 "He helped craft laws on which hundreds of condominium associations in Illinois are based but he is also a suspect in two murders. On Monday afternoon, Dr. Donnie Rudd, age 75, will be in a courtroom in Rolling Meadows, northwest of the Loop, for his first hearing since being extradited from Texas."
---------------
Donnie Rudd is a man of many parts--lawyer, scientist, maybe murderer?  At one time he had a law practice in the Chicago area with 2000 clients, most of them HOAs. He was one of the co-authors of Illinois condo law:  "Rudd has degrees in law, bioscience, bioengineering, and chemical engineering. He has more than 40 patents, mostly related to cell regeneration, repair of human tissue, and curing diseases to vital organs. He has written 15 books and more than 160 professional publications. In 1983, with state representative Ellis Levin, he co-wrote amendments to the Illinois Condominium Property Act."

However, the police also think that he murdered two people, so there's that.

http://www.loopnorth.com/news/mobi/murder1221.htm
Posted by Evan McKenzie at 9:26 AM No comments: Links to this post

"Poinciana Villages, with nearly 70,000 residents and 23,000 homes, would be one of the largest cities in Central Florida if it were a municipality. Instead, it's one of the largest private homeowners associations (HOA) in the United States. But now the HOA is under fire for what residents say is a persistent and ongoing effort by outsourced debt-collection agencies to inflate back dues with thousands of additional dollars in legal fees and late charges. Some of the estimated 4,000-plus homeowners whose debt was sold — more than 1 of every 6 homes in the association — say they've never received a line-by-line breakdown of what those fees actually are. And by the time they're able reach someone at the agency, their late fees and legal fees have doubled, tripled, quadrupled and more. At issue, residents say, is the possibility of thousands of owners losing their homes because of ballooning debts that were originally only in the hundreds of dollars."

-----------
Because there aren't enough stories of individual owners losing their homes in HOA foreclosures with bogus charges, so it is time for mass-production foreclosure, using private debt-collection agencies.

http://www.orlandosentinel.com/news/osceola/os-poinciana-hoa-turmoil-20151219-story.html
Posted by Evan McKenzie at 3:37 PM 3 comments: Links to this post

------------
So ends the biggest white collar crime prosecution in the history of Las Vegas--eleven HOA taken over by a fraud ring and used to steal millions of dollars. But (see post below) we are not going to see the evidence, which remains sealed by virtue of the US Attorney's office and the federal judiciary. My view is the public needs to learn from this case. We have here the worst example ever seen of HOA private governments being taken over by vendors--contractors and lawyers, mainly--who used them like ATMs. These were people who knew the HOA industry from the inside--who knew how easy it can be for a small group of self-interested people to take over an HOA board of directors, because of the culture of non-participation that prevails in far too many common interest developments. This is a serious problem all over the country--in fact, all over the world.  Nothing is going to change this situation--most people just don't want to be bothered with paying attention to the affairs of their HOA. Their lives are too busy already.  The day will never come when owners live up to the ridiculous expectations that this institution imposes on them. The people who own units in CIDS are just consumers of a mass-produced product, and they need to be protected against the possibility that predatory industry insiders might take advantage of them. I realize that most lawyers, managers, and contractors are trustworthy, but owners have insufficient protection against those who are not. The prosecutors and judges need to open these files so the public and the media and the academy can see exactly how this scheme worked. Then legislators can take the necessary steps to fix this--starting with mandatory full public disclosure of the financial status of every single HOA and condo association.

Posted by Evan McKenzie at 3:26 PM 4 comments: Links to this post

"A total of 43 defendants either pleaded guilty or were convicted at trial in what prosecutors say is the largest public corruption case ever in Nevada. Prosecutors opposed dissolving the two protective orders — especially the one that covers the leak investigation, which focused on concerns that Quon was getting confidential information from the Nevada U.S. attorney's office and possibly elsewhere. The Justice Department in Washington took the reins of the HOA investigation after those allegations surfaced. The leak investigation delved into personal and romantic relationships of public officials who have not been charged criminally or disciplined administratively, Justice Department prosecutors argued. Foley shared the government's concerns in his order. "The government has made a sufficient showing that disclosure of these documents would potentially cause unfair prejudice to the individuals who were the subjects of the investigation, but to whom no charges, criminal or administrative, were ever brought," he wrote."

-----------
It has been reported since the start of the prosecution that Washington took over the prosecution because people in the local US attorney's office, and possibly one or more judges, were passing information to attorney Nancy Quon, one of the principals in the fraud ring. She committed suicide. And now the US attorney's office and the federal judiciary have decided that nobody gets to see the evidence in the HOA fraud case--6 million pages of documents.  Is that because it includes evidence that might make the US attorney's office and the federal judiciary look bad?

http://www.reviewjournal.com/news/las-vegas/mass-evidence-huge-hoa-scheme-remains-under-wraps
Posted by Evan McKenzie at 3:00 PM No comments: Links to this post