Foreclosure auction of Nicolas Cage's mansion is a flop - latimes.com

Foreclosure auction of Nicolas Cage's mansion is a flop - latimes.com: "'The design was 'frat house bordello,' ' Parsons said. 'There must have been 300 comic book covers elaborately framed and hanging on the walls.' Model train sets on raised tracks a couple feet below the ceiling circled the inside of the breakfast room and two bedrooms. There were also no takers in the courthouse sale, and in less than a minute the auction closed, with ownership reverting to the foreclosing lender -- just one of six holding a total of $18 million in loans on the property."
-------------
He had tried and failed to sell it for $35 million. They started the auction at $10.4 million. No bidders. Frat house bordello must have gone out of style.
Posted by Evan McKenzie at 3:31 PM No comments: Links to this post

Evolution, Big Bang Polls Omitted From NSF Report - ScienceInsider: "The deleted text, obtained by ScienceInsider, does not differ radically from what has appeared in previous Indicators. The section, which was part of the unedited chapter on public attitudes toward science and technology, notes that 45% of Americans in 2008 answered true to the statement, 'Human beings, as we know them today, developed from earlier species of animals.' The figure is similar to previous years and much lower than in Japan (78%), Europe (70%), China (69%), and South Korea (64%). The same gap exists for the response to a second statement, 'The universe began with a big explosion,' with which only 33% of Americans agreed."
-------------
Posted by Evan McKenzie at 3:23 PM 1 comment: Links to this post

Chase Sued For Telling People To Stop Paying Mortgage, Then Foreclosing - The Consumerist

Chase Sued For Telling People To Stop Paying Mortgage, Then Foreclosing - The Consumerist: "We hear stories all the time about people who are having trouble paying their mortgage, call the bank for help, and are then told there's nothing the bank can do unless they stop paying their mortgage. Well, one couple is suing Chase after they followed that advice, and then got foreclosed on."
-----------
Thanks to Mystery Reader for this absolutely infuriating story. It makes me wonder what percentage of home foreclosures by banks and associations are bogus.
Posted by Evan McKenzie at 8:06 PM 8 comments: Links to this post

Nearly half of US households escape fed income tax - Yahoo! Finance: "WASHINGTON (AP) -- Tax Day is a dreaded deadline for millions, but for nearly half of U.S. households it's simply somebody else's problem.

About 47 percent will pay no federal income taxes at all for 2009. Either their incomes were too low, or they qualified for enough credits, deductions and exemptions to eliminate their liability. That's according to projections by the Tax Policy Center, a Washington research organization."
---------------
It would be interesting to see what the correlation is between paying income tax or not and supporting big federal spending programs. Somehow I think the people who pay the income taxes are not so keen on the huge deficits the federal government is running up.
Posted by Evan McKenzie at 3:55 PM 2 comments: Links to this post 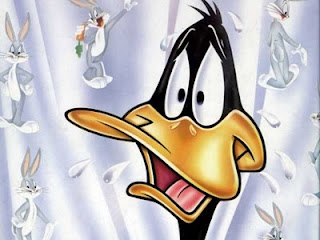 L.A. mayor calls for temporary shutdowns of some agencies - latimes.com

L.A. mayor calls for temporary shutdowns of some agencies - latimes.com
When you read all these demands to abolish HOAs and condos, keep in mind that such a thing can only happen through state legislation. Can you imagine the California state legislature tampering with the HOA cash cow, with cities running gigantic structural deficits? Neither can I. Cities and CIDs are joined at the hip now.
Posted by Evan McKenzie at 12:57 PM 2 comments: Links to this post

Tea Party 48% Obama 44% - Rasmussen Reports™: "On major issues, 48% of voters say that the average Tea Party member is closer to their views than President Barack Obama. The latest Rasmussen Reports national telephone survey found that 44% hold the opposite view and believe the president’s views are closer to their own."
---------
Interesting election coming up, I'd say.
Posted by Evan McKenzie at 8:54 AM No comments: Links to this post