Ira Hansen, a far-right Nevada state legislator, has introduced a bill through his control of the judiciary committee that would repeal all the Nevada statutes that regulate common interest housing. This article explains that the intent is to somehow magically have somebody else do this, because the state legislature can't be bothered.  This proposal is so dumb that only somebody of Hansen's caliber could have produced it.  Nevada has a fairly comprehensive set of laws on HOAs and condos, and all of it was put in place to deal with real problems.  Now Hansen wants to scrap the whole thing.

You can read up on Hansen at Wikipedia. He's a piece of work. Former right wing radio talk show host and columnist.  Here's a taste:
"In his columns, Hansen has written that the Oklahoma City bombing was a false flag operation orchestrated by the administration of President Clinton, that women do not belong in the United States Armed Forces, that President Obama is a "negro", that he owns and flies a Confederate battle flag, that gays are disproportionally prone to engaging in child abuse, that a "grossly disproportionate" number of crimes are committed by Latinos, and that the relationship between "Negroes and Democrats" is that of a "master-slave relationship with the benevolent master knowing what’s best for his simple minded darkies."

Posted by Evan McKenzie at 7:10 PM 3 comments: Links to this post

HOA boards take heed. You will allow your inmates to let their lawns turn brown. You will allow lawns to be turned into drought resistant landscape and even hardscape. At least until California makes up its 11 trillion gallon water deficit. And yes, you read that right.

Drones in the hands of condo and HOA boards?  What could possibly go wrong?

"In the not-too-distant future, community associations could launch camera-equipped, unmanned aerial vehicles, also known as drones, for many routine tasks. They will be able to examine buildings for leaks and damage, check on the performances of contractors and find illegal barbecue grills on upper balconies." 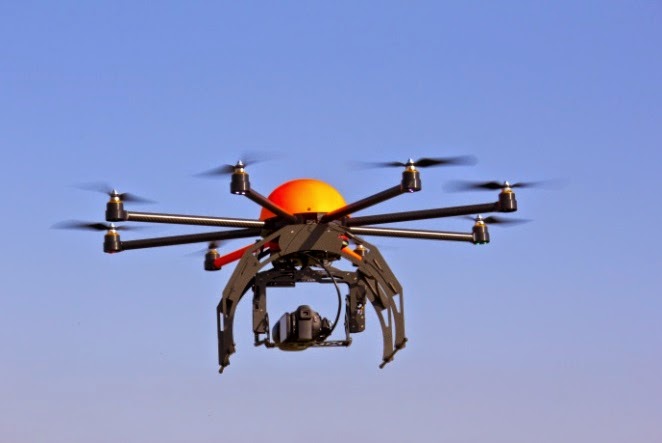 Posted by Evan McKenzie at 5:43 PM No comments: Links to this post

TEPCO not paying for Fukushima cleanup

This is how capitalism works.  Corporations make profits and get to keep them.   Corporations generate huge "externalities," meaning massive costs that hurt others, but those costs get socialized.  In this case, the gigantic utility company that caused the Fukushima catastrophe--which is far from over--has fobbed off the cleanup cost onto  local governments.


"TOKYO (Kyodo) -- Tokyo Electric Power Co. has only shouldered 2 percent of the 76.1 billion yen ($638.8 million) spent on radiation decontamination operations conducted by municipality offices since the 2011 Fukushima nuclear crisis, Environment Ministry officials said Sunday. The operator of the crisis-hit Fukushima Daiichi nuclear power plant has effectively refused to cover the costs of removing radioactive soil and other waste incurred by local governments in areas affected by the disaster, saying it is confirming whether such payments are required by law."
http://mainichi.jp/english/english/newsselect/news/20150330p2g00m0dm031000c.html

Posted by Evan McKenzie at 11:09 AM 2 comments: Links to this post