Meet with HOA? That'll be $650 for our legal counsel

For years, the simple cedar birdhouses that Gregg Harcus hung in the trees behind his town home in Eden Prairie attracted wrens and other small birds.

The homeowner's association that oversees Bluff Country Village Townhomes, where Harcus has lived with his wife since 2002, notified Harcus that his birdhouses violated association rules and had to be removed.

Harcus, who resigned in protest from the association's board of directors earlier this year, was surprised that his birdhouses ruffled someone's feathers. He said they have been in place for at least seven years and no neighbors have complained. Harcus said the violation notice came amid a simmering conflict between him and the new management company.
-------------------------------------
So much for the notion that private HOA government is superior to municipal government because it's closer to and more responsive to constituents. Who ever heard of getting a bill from the city attorney to discuss an ordinance compliance matter? And all of this over a few birdhouses? This HOA has gone bananas.

US Judge Calls Harrisburg Bankruptcy Filing Illegal - US Business News - CNBC
While admitting that she typically doesn't consider matters of state and constitutional law, France had questioned Wednesday whether a four-month-old state law designed to temporarily prohibit a bankruptcy filing by Harrisburg had met state constitutional standards that demand transparency in the passage of legislation.

In the end, she said it did.

She also questioned whether a divided Harrisburg City Council indeed had the authority to go over the mayor's head and file for bankruptcy. After the arguments, she said it didn't.
--------------
This whole debacle goes back to a botched effort to rehab an ancient incinerator. The city went $300 million in debt over this project.
Posted by Evan McKenzie at 10:32 AM No comments: Links to this post

When Johnnie and Clara Russell posted a small yard sign on their own North Texas property outside Ft. Worth several years ago, they did not expect that they would have to seek government permission first. The sign, which promoted an event called “Wake Up America” for conservative pundit Glenn Beck’s “9/12 Project,” provoked the ire of one of their neighbors, who complained to authorities.

Apparently the sign violated the rules of the Homeowners Association (HOA) that governed the subdivision where the Russells lived. And although Mr. & Mrs. Russell claim they never joined the association, never paid dues to the association, and never signed any papers acknowledging the association as a governing body with rules over their property, they were sued for violating the rules.

Read the story. Another HOA inmate ground to fine dust in the courts.

As the World Crumbles: the ECB spins, FED smirks, and US Banks Pillage - Thoughts - Nomi Prins

As the World Crumbles: the ECB spins, FED smirks, and US Banks Pillage - Thoughts - Nomi Prins
The US subprime crisis wasn’t so much about people defaulting on loans, but the mega-magnified effects of those defaults on a $14 trillion asset pyramid created by the banks. (Those assets were subsequently sold, and used as collateral for other borrowing and esoteric derivatives combinations, to create a global $140 trillion debt binge.) As I detail in It Takes Pillage, the biggest US banks manufactured more than 75% of those $14 trillion of assets. A significant portion was sold in Europe – to local banks, municipalities, and pension funds – as lovely AAA morsels against which more debt, or leverage, could be incurred. And even thought the assets died, the debts remained.
-----------
Which is why the European sovereign debt crisis is yet another stage in the unfolding catastrophe that started with the US mortgage market.
Posted by Evan McKenzie at 8:01 AM No comments: Links to this post

Foreclosure law firm famed for mocking the foreclosed-on will close; world's tiniest violin plays sad song - Boing Boing
The firm last month agreed to pay a $2 million fine and change its practices to settle a federal investigation by the U.S. Justice Department, but it's also under investigation by New York Attorney General Eric Schneiderman, who has subpoenaed the firm and people associated with it. Most recently, Cong. Elijah Cummings, D-Md., and ranking member of the House Oversight and Government Reform Committee, launched an investigation into Baum, and wrote to the firm to request documents.
--------
Allegations of robo-signing, bogus assignments, sloppy work, mocking the people they were making miserable...good riddance. Thanks to Mystery Reader for the link.
Posted by Evan McKenzie at 5:35 PM No comments: Links to this post

Why cities should dismantle highways | SmartPlanet

Why cities should dismantle highways | SmartPlanet
Interesting set of examples. Obviously we need highways to connect cities with each other and span the country, but is it a good idea to plan for commuting and other routine transportation within a metro area premised on millions of individuals driving gasoline-powered private vehicles?
Posted by Evan McKenzie at 7:28 AM No comments: Links to this post 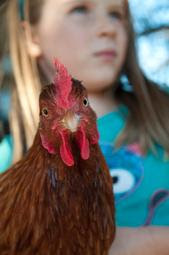 Chickens stir up legal trouble between Round Rock homeowners association and residents
First, Andrea and Martin Feher, residents of Round Rock Ranch, filed suit in September against PS Property Management Co., saying it violated their privacy by taking pictures of them, their five children and their chickens in their backyard as it investigated reports of the rule-breaking fowl.

The Round Rock Ranch Phase One Homeowners Association, which employs PS Property Management, then sued the Fehers this month, saying the family was refusing to get rid of their chickens even though they had been told it was a violation of the bylaws to keep them.
-----------------
They had one third of a turducken dinner all lined up, but the family got rid of their chickens. Thanks to Bill Davis for the link.
Posted by Evan McKenzie at 7:42 PM 2 comments: Links to this post