This is an article about an artist whose ambivalent feelings about suburbia are reflected in his art.
Posted by Evan McKenzie at 6:02 PM No comments: Links to this post

From Mystery Reader comes this formidable candidate.  Was she spending too much time watching Fox News?  Stay tuned.


"Marguerite Haragan, 58, pressed her foot into the throat of a Jewish woman while saying she'd "better accept Jesus," an Ada County prosecutor said during Haragan's arraignment Thursday. Haragan's verbal harassment of the woman - identified in court by her initials, "AG" - had been ongoing, including through phone calls, according to the prosecutor. But on Feb. 5, it reportedly escalated to violence.According to the prosecutor, AG reported that Haragan visited her home that day, banged on her front window and yelled that she'd "better believe in Jesus, and that she was not going to leave until she did." AG opened the door to take down Haragan's license plate number and ask Haragan to leave, the prosecutor said. Haragan then allegedly slapped AG in the face, pulled her hair, yanked her to the ground and began kicking her in the stomach and thighs. Haragan yelled that AG needed to believe in Jesus to stop the assault, the prosecutor said.  The prosecutor said Haragan pressed her foot into AG's neck and pulled her hair, causing a neck injury that still pains AG. "Eventually, the victim had to comply" to escape the attack, the prosecutor said.According to the charges against Haragan, she returned to AG's home Feb. 7 and scratched a phrase including the word "death" into her mailbox."

Turns out Americans don't want tiny homes after all

Which should come as a surprise to nobody.

Many people aspire to being the neighbor from hell. Few achieve their objective.

But sometimes one bold individual rises above the crowd and rings the bell.  To wit, this individual:
---------

"A California man has become the neighbor from hell by plastering swastika-covered Israeli and American flags across the front of his home and refusing all demands he take them down.
The Sacramento homeowner also fashioned a soldier out of wood and green cloth and strung up a Palestinian flag above the house.
He calls it his art, neighbors say, and there's nothing the police will do about it."

http://www.dailymail.co.uk/news/article-2969779/Neighbor-hell-decorates-home-swastika-covered-Israeli-American-flags-s-police-do.html
Posted by Evan McKenzie at 12:05 AM No comments: Links to this post

HOA Hall of Shame inducts Aliante - www.ktnv.com: North Las Vegas, NV (KTNV) -- It's a case of lost and not found. A homeowners association can't find a couple's money, and now, they could lose their home.

Contact 13 Chief Investigator Darcy Spears has the newest member of our HOA Hall of Shame.

"This is the home that God blessed my husband and I with that we are trying to hard to protect."

"We have never, ever missed a payment."

But their HOA doesn't see it that way.

Apparently acceptable proof of payment is at the heart of this incident leading to the latest dishonor of a privatopian principality, Nevada sector. Film at 10 on KNTV, Las Vegas.
Posted by Fred Pilot at 9:34 PM No comments: Links to this post

The main factor that has driven the rise of common interest housing is that it facilitates increasing population density, which is profitable and efficient for developers and cities.  Residents often become unhappy with these high-density shared ownership arrangements, but here's evidence that these patterns have persisted from ancient to modern times.

"Researchers from the Santa Fe Institute and the University of Colorado Boulder have revealed that a common pattern of development and similar characteristics can be observed in ancient as well as modern cities. Large populations and dense areas are the features of modern cities, which were also exhibited by ancient cities. As per the new study, the inhabitants of ancient cities having bigger and denser settlements were more efficient. The study has been detailed in the journal PLOS ONE."

Posted by Evan McKenzie at 8:32 AM No comments: Links to this post

This reminds me of the San Diego area HOAs that told people they had to rebuild their houses with wood shake roof shingles, after the houses burned down because the wood shake shingles caught fire from flying sparks. By all means, let's not do anything intelligent!
Posted by Evan McKenzie at 6:56 PM No comments: Links to this post

Monica Sadler has passed away

My dear friend Monica Sadler died last week.  She was one of the most tenacious fighters for the rights of HOA and condo owners who has ever set foot in a courtroom. We fought a number of legal battles together and she didn't know the meaning of "quit."  She was also a true friend and one of the most considerate and giving people I have ever known.  I will miss her, and so will Shu Bartholomew and many other people who knew her.

Here is the obituary, and following that you will find a piece I wrote for the Cyber Citizens for Justice website about the case we took to the United States Supreme Court. If you want to read the petition for writ of certiorari, it is linked from the CCFJ page: 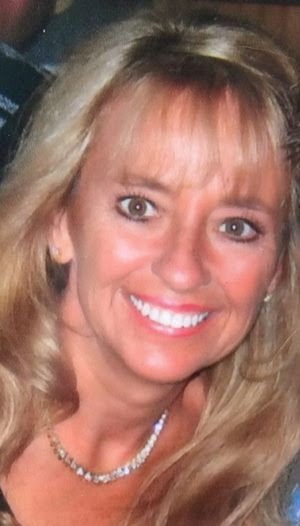 Funeral services will be held at 10 a.m. Friday, Feb. 27, at Rafferty Funeral Home, 2111 1st St. A, Moline. Visitation will be 4 to 7 p.m. Thursday at the funeral home. Entombment will be at St. Mary's Cemetery, East Moline. Memorials can be made to the Rock Island County Humane Society.

Monica attended Calvary Church of the Quad Cities, Moline. She had a passion for gardening and fishing and loved her dogs, Tinker Bell, Tillie and Buddy. Monica had a heart of gold and never thought twice about helping a stranger. She loved being outdoors and was surrounded by wonderful friends and a loving family.

Condolences may be left at RaffertyFunerals.com.


On Petition for Writ of Certiorari to the Illinois Appellate Court, Second District
PETITION FOR WRIT OF CERTIORARI
The Story Behind Monica J. Sadler v. Commerce Commission
By Evan McKenzie
Published September 17, 2007