Woman fights HOA to keep home after $589K of invalid fines | WCNC.com Charlotte: North Carolina is at a tipping point for homeowners associations. The number of homeowners living in neighborhoods governed by HOAs is now greater than those who live outside those neighborhoods. The story of how Wilfong came close to losing her home illustrates why HOA battles have become personal.

It also shows lawmakers have not heard the last of the bitterly divisive issues that pit neighbor against neighbor with attorneys on all sides. Her lawsuit opens a window on HOAs: Quasi-governmental associations that carry the big stick of foreclosure and are drawing scrutiny from state lawmakers.

“They can ruin you,” said Wilfong.
-----------------
Another HOA horror story to help spur yet another round of HOA legislative reform efforts.  As Shu Bartholomew says, "And the beat goes on."

From CCHAL: CID promotion and the California foreclosure debacle

This just in from the Center for California Homeowner Association Law--for years I have been posing the question, "What are the long-term consequences to municipalities of promoting CID construction?"  This post from Marjorie Murray is suggestive of one possible answer:
-------------------------
Evan:

Realty Trac has posted its report on foreclosure filings (Notices of Default) across the country, and once again California leads the pack.

Note that six of the ten cities/counties with the greatest number of NODs are in the Central Valley, which are now over-run with common interest developments.  Why?  Because that's where vast tracts of land exist: land formerly dedicated to almonds, cotton, alfalfa and other crops.

Not long ago, the Center for California Homeowner Association Law researched, by county, the number of CIDs built in the Central Valley in the last decade.  The growth has been phenomenal.

After approving dozens of huge planned unit developments in the past ten years, Stockton (San Joaquin County) went on a spending spree in anticipation of the tax revenue it believed CIDs would generate" property taxes, sales taxes, state taxes based on population. This was wishful thinking.  As readers of your blog know, the City of Stockton just filed for bankruptcy.

I won't enumerate all the public policy issues generated by this growth in the Central Valley, but two of them are worth listing: the demand for water by huge new subdivisions and the substitution of CIDs for agriculture in the California economy.  No state agency has examined these key policy issues.

Here's the Huffington Post story on the California foreclosure debacle.


The wealthiest Americans often choose to live in gated communities, designed to shield them from the intrusion of those Ann Romney calls "you people."
Now, Mitt Romney is applying that same notion to his campaign for the presidency. He's offering Americans a gated candidate, with whole areas of his record walled off to keep "you people" from knowing about them.
--------------------
And now Romney is self-immolating in his European tour, having made a complete ass of himself in London. But here at home, in the land of the blind, he is neck and neck with President Obama, thanks to to Fox News and AM talk radio.  He is popular with people who don't believe in evolution, think the President was born in Kenya, and are convinced that if they had been in that theater in Aurora they would have taken care of the shooter. In reality, at best they would have shot themselves in the butt. At worst they would have killed an innocent bystander.
Posted by Evan McKenzie at 3:05 PM 2 comments: Links to this post

From CCHAL: request for feedback on rural CID situation

Please post the query (below); we would appreciate reader feedback on this homeowner dilemma.

Here’s a troubling question from homeowners in a rural California county.

Their association is in a national forest.  It owns its own water system: a complex network of tanks and pipes carrying water throughout the subdivision to each home.  (There is no supply of public water  to the subdivision.)  The pipes are buried beneath the subdivision’s roads.

The roads are public, meaning they bear traffic from campers, SUVs, and HUMMERS on their way to campgrounds in the forest.  The weight of these sport vehicles damages the roads, but most of the damage is inflicted by logging trucks carrying their heavy loads of pine and redwoods out of the forest.

So…who should pay for this half million dollar project and future maintenance?  The county (because these are public roads)?  The trucking companies?  The association (because it’s their water system at risk)?

This scenario is a good example of the quasi-governmental nature of common interest developments: they provide services that local governments (counties and water districts in this case) used to provide. With one big difference: the services are now privately financed – by homeowners.

So let us know what your think about the homeowners’ quandary….

HOA boards are wild card in litigation game, author says - News - ReviewJournal.com
And that author is me. The article is about the construction defect game.
Posted by Evan McKenzie at 5:04 PM No comments: Links to this post

MSNBC reports that Middletown, N.J., turned over the utility bill to Approved Realty Group, an investment company. The practice is far from unheard of. Private companies buy up existing debts from local governments and then pursue the responsible parties, charging interest and fees. Several states have placed limits on the amount of money these private companies can charge for unpaid public utility bills.
--------------
Another example of local governments emulating HOAs.  Privatize public debt and pay the debt collection company and legal counsel a handsome fee for their services.  In this case, an astonishing multiple of 268 times the size of the underlying delinquent sewer bill.

Posted by Fred Pilot at 4:42 PM No comments: Links to this post

Posted by Evan McKenzie at 9:51 PM No comments: Links to this post

But this summer's threat to take away homes in the Remington Forest subdivision has a face and a name: Michael Fitzmaurice, the subdivision's developer and president of the Remington Forest Homeowners Association....Approximately two dozen Remington Forest homeowners gathered to share their concerns over the growing number of liens Fitzmaurice has threatened to file against them or their neighbors. "He's also threatening everybody," homeowner Debbie Sloan said. "I mean I can't tell you how many people I've talked to that have already gotten a notice that have already paid their dues but they're getting notices they haven't paid their dues."
"We lost everything in the fire, so he thinks we have no records, we can't trace it, so he can come back and say hey you didn't pay back in 2003, 2004, 2005 and 2006," homeowner Shannon Montealvo said. "He thinks we can't show the records to prove we did pay."


Public records show that in 1992, Fitzmaurice pleaded guilty to numerous counts of felony grand theft in Florida.  He was sentenced to three and a half years in prison.

The Ultimate Mitt Romney Flip-Flop Collection - YouTube
I don't usually post links to general political things, but this 20 minute video collection is so revealing that I think everybody who is going to vote on November 6 should watch it and think about what it means. In a way, Romney is perfectly consistent:  he always says whatever is most advantageous to him at the moment, regardless of what he has said in the past.  Abortion, immigration, the bailouts, gun control, blind trusts, education policy, raising the minimum wage, gay and lesbian rights, climate change...it just goes on and on for 20 minutes.
Posted by Evan McKenzie at 6:25 AM No comments: Links to this post

DataQuick President John Walsh said in a statement that it was unclear whether the drop in the number of homes entering the foreclosure process was a sign that the worst was over or simply that the process itself had slowed.


“The foreclosure process has always been the sanitation department of the housing sector,” he said. “The question is whether these lower … numbers mean that there’s less distress to process, or if we’re just seeing distress get processed at a slower pace.”


The number of homes being lost to foreclosure plunged. The number of trustee deeds, which are the public documents filed when a foreclosure is completed, fell 27.8% from the prior quarter and were down 48.5% from the same period as last year. A total of 21,851 deeds were filed last quarter.
------------
So maybe it's good and maybe it isn't.  Thanks to Fred Pilot for the link.
Posted by Evan McKenzie at 6:18 AM No comments: Links to this post 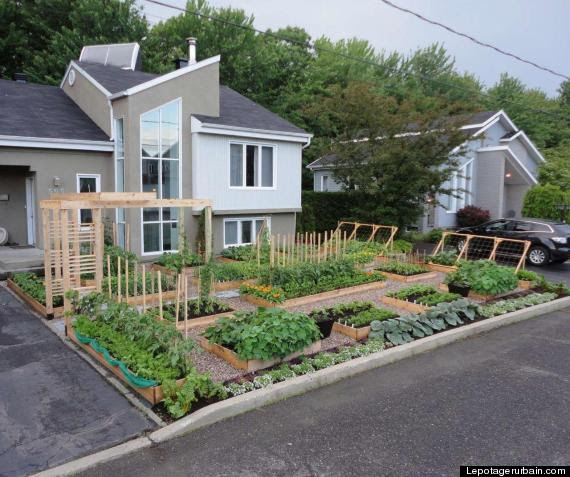 Posted by Evan McKenzie at 6:42 AM 2 comments: Links to this post