Condos must accommodate wheelchairs - Top Stories - (HometownAnnapolis.com)The Maryland Human Relations Commission has directed 30 condominium owners in a Heritage Harbour complex to spend thousands of dollars to renovate their private homes to accommodate wheelchairs. The commission said when the developer constructed the units in 1997 they were not built to accommodate wheelchairs as required by the Federal Housing Act. The 1991 housing law forbids discrimination against tenants or residents who are wheelchair-users...The complaint said Broad Creek's developer, U.S. Homes Corp., failed to comply with the Federal Housing Act. The unit owner who filed the complaint no longer lives in the building and the residents said they are livid they have to hire contractors to move walls, lower doorjamb thresholds, and rewire and expand doorways within their own units.
-----------------
Tom Skiba sent me this. The strange part is that the owners have to make their own units comply with the law.
Posted by Evan McKenzie at 9:14 PM 6 comments: Links to this post

Pinellas Drug Sting Nets 18 Grow Houses, 18 Arrests: "Detectives eventually 'uncovered a network … of family members who decided to work this countywide,' said Capt. Mike Platt of the sheriff's narcotics squad. 'This is not an isolated case where people decide to grow some pot plants in their house.'

Rental homes were used for the grow operations, he said. Some were found today to contain as few as 23 plants; some had up to 100. Investigators say the coordinated effort annually could have produced a harvest worth more than $4 million."
-----------------
One way of coping with the declining property values in Florida.
Posted by Evan McKenzie at 7:31 AM No comments: Links to this post 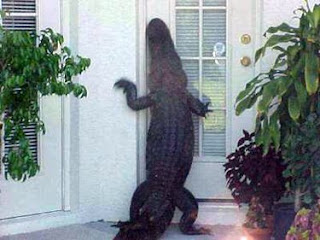 Fay Dumps Record-Breaking Rain; Flood Victims Warned Of Alligator Swimming In Streets - Orlando Weather News Story - WKMG Orlando: "MELBOURNE, Fla. -- Homeowners in a Tropical Storm Fay-flooded community were being warned of an alligator swimming in their streets and near homes as record-breaking rain continued to fall Thursday."
-------------
Well, this is clearly a covenant violation. No alligators allowed. Somebody call the board of directors.
Posted by Evan McKenzie at 7:10 PM 2 comments: Links to this post 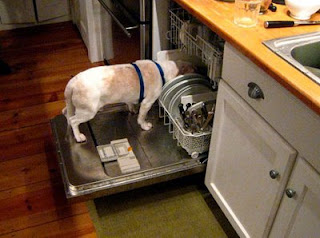 They say the fact that dogs' play rarely escalates into a fight shows the animals abide by social rules."
-----------------
I think these scientists have the relationship exactly backward. Dogs teach humans morals. If we were teaching them, they would be fighting all the time.
Posted by Evan McKenzie at 9:00 AM No comments: Links to this post

FOXNews.com - Man Jailed After Taking Photo of Police Van Ignoring 'Wrong Way' Sign - International News | News of the World | Middle East News | Europe News: "A British man was jailed for five hours after he photographed a cop reversing the wrong way up a one-way street. After Andrew Carter snapped the cop van, officer Aqil Farooq leaped out, hit the camera to the ground, handcuffed him and bundled him into the back of the vehicle. The plumber, 44, was arrested for supposedly being drunk, resisting arrest and assaulting the officer with the camera. He was kept in cells before finally being released on police bail at midnight."
----------------
And people wonder why the US founders wanted limits on government power.
Posted by Evan McKenzie at 4:51 PM No comments: Links to this post 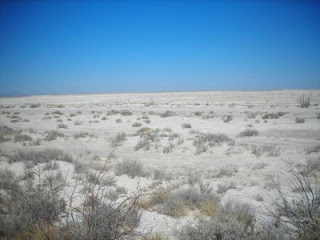 Ron Paul supporters plan West Texas commune : Lone Star Times
Yes, Ronulans, there is now a place where you can live according to libertarian principles. Just hie thyself to rural Texas and find "Paulville," described as follows on the Paulville.org website:

The goal of Paulville.org is to establish gated communities containing 100% Ron Paul supporters and or people that live by the ideals of freedom and liberty. The process is forming a co-op of people buying shares in the community and these people would be granted land use at a minimum of 1 acre per share, for as long as they homesteaded the land. The community would be privately held by the co-op to establish private property for the general community thus preserving the community is 100% freedom and liberty lovers. The community votes on all community efforts, such as utilities etc. However no one is forced to consume these utilities and or pay for them, AKA people can be off grid on their share of land. This is in line with the ideals that you're free to live your life the way you want and not be forced to do or pay for other people's life styles you may not agree with.
---------------------
This is a great idea for several reasons. One: it will concentrate the nation's Ronulans in one place, so they will all be in one voting precinct. Two: it will force them to live with each other instead of annoying those of us who have heard enough about and from Ron Paul to last several lifetimes. Three: it will give us all a chance to see how libertarian ideas work in practice, because there isn't a place on earth that runs the way libertarians think we should all live. I envision them drawing lines all over the dining room table and privatizing the sections, but maybe I'm too cynical.
Posted by Evan McKenzie at 6:28 PM 2 comments: Links to this post

As numbers of rental units rise, myriad problems can develop for owners: "When renter populations pass the 50 percent population threshold, many lenders will still make home loans, but at a higher cost to borrowers. A high renter population also can make it more difficult for condo associations to borrow money for maintenance projects, said University of Illinois political science professor Evan McKenzie, the author of “Privatopia,” a book about the growth of homeowner associations in the United States. “Usually, the banks want no more than 20 percent of the units rented out to make a loan,” he said."
-------------------
Good article by Emmett Pierce on one of the problems that has hit CIDs with the housing market in the dump. Little quote by yours truly.
Posted by Evan McKenzie at 8:31 PM No comments: Links to this post

cbs13.com - Bankrupt Calif. city losing cops amid rising crime: "Three months after it became the largest California city to declare bankruptcy, this San Francisco suburb is facing an exodus of police officers as residents grow anxious about a surge in robberies and other crimes."
-----------------
Imagine that.
Posted by Evan McKenzie at 9:39 AM No comments: Links to this post

Frisco man says HOA won't let him park pickup on driveway | Dallas Morning News | News for Dallas, Texas | Latest News: "If there's one thing Texans are serious about, it's pickups. But a Frisco man says his truck is being targeted simply because his homeowners association doesn't think it's classy enough. Jim Greenwood said he never dreamed his HOA would have a problem with his new Ford F-150 pickup. Then he received the first of three notices threatening him with fines. 'Mr. Greenwood, you're violating a subdivision rule that prohibits pickup trucks in your driveway,' the notice reads. Stonebriar HOA rules allow several luxury trucks on driveways, including the Cadillac Escalade, Chevy Avalanche, Honda Ridgeline and Lincoln Mark LT. But most Ford, Dodge or Chevy pickups are restricted."
-------------------------
So are homeowners supposed to go off to the state legislature and get a law passed allowing them to have pickup trucks, along with American flags?
Posted by Evan McKenzie at 9:35 PM 4 comments: Links to this post